The other day I saw an asiatic girl walking down the street with a T-shirt saying « MADE IN... 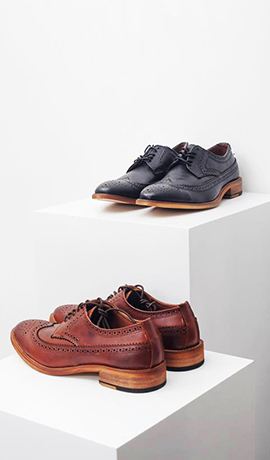 The other day I saw an asiatic girl walking down the street with a T-shirt saying « MADE IN CHINA ». It made me smile and gave me the idea to write about it. Indeed those three words became nowadays another way of saying poor-quality product.

This is Zara’s fault !! No i’m kinding, well just nearly..

Inditex is producing every year hundred of milions items mainly in Asia (in other words in China).

But the spanish are not the only one, almost all the manufacturers (except luxury industry), are producing in this part of the world.

So all the brands have at one time or another created a product in China.

You would ask why ? For reasons of expediency and cost of course!

This is the world of “fast fashion” aka new collections all the time and at affordable prices.

Other countries are producing for this « world » : Portugal, Bulgaria, Romania.

Also Italy, with chinese workshops but in Italy. In 2008 Versace, Bottega Veneta and Prada were caught for hiring people in irregular situations.

But in the end, the only difference is the name on the label. The product can come from Bulgaria or Pekin, everything is identical : same material, same garment, same zip.

Why does the  « made in China » have this pejorative connotation? Often used as a synonym for « cheap »?

And to go further : there is chinese designers with a lot of talent.

Uma Wang has been rewarded a lot of times in the fashion industry. She has 58 shops all over the world (but only 6 in China).

Lu Kun aka « the chinese Galliano ». And guess what ? They are all producing in China.

We then have to stop thinking everything that is coming from China is bad. We should instead let’s start ask the right questions :

– Who is Producing our clothes and in which conditions ?

In 2013, in Bangladesh the Rhana Plaza collapsed and killed 11000 workers from textile industry.

We can also talk about child labour in inhuman conditions as reported in Michael Moore’s documentary : « the big one ».

Those are the factors we should considered as really important.

– What impact does textile industry have on the planet ?

It is one of the most polluting human activity on Earth.

25% of the chemical products used in the world are coming from this industry. 93 billions of water. 20% of polluted waters. And we won’t talk about the carbon footprint caused by transportation.

In conclusion : I have to say i’m not a fan of « made in China » but i love « fast fashion » because i like a constanly evoluting fashion.

I like to continuously find new clothes at affordable prices.

And for being in the fashion world everyday, I can tell you the « value for money » is present. Indeed sometimes you will likely buy way more expensive, an item made in the same place, but only because it is stamped by a well-known brand.